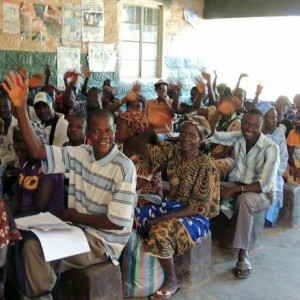 What began as an invitation for Rev. Edie Gleaves to preach at the Sierra Leone Annual Conference has become the NC Conference’s newest outreach – Rotifunk Hospital: Mission of Hope (#S-00281).  Edie and a team from Wrightsville UMC visited Sierra Leone in March 2013 and discovered an impoverished West African country, still   devastated from a ten year civil war.  Hospitals and schools, many with historical connections to the UMC,  remained in ruins, a decade after the war ended.

After many conversations and a visit by Bishop John Yambasu of the Sierra Leone Annual Conference to NC in August 2013, Bishop Yambasu extended the invitation to Wrightsville UMC and the NC Conference to help restore the Rotifunk Hospital.  Wrightsville UMC sent an Advance Team to Rotifunk in December 2013 to assess the situation and is preparing to send a Work Team to Rotifunk, May 16-28, 2014.   (A show called Norway to America with Love will be presented at TheatreNOW in Wilmington on Sunday, April 13th, to help raise funds for the trip.)

Bishop Yambasu: “Blessings to our brothers and sisters in North Carolina for responding to this “Macedonian call.”  Peace and grace.”

Sierra Leone is a small country of six million people located between Guinea and Liberia on the West Coast of Africa.  America’s relationship with Sierra Leone began after the Revolutionary War, when slaves freed by the British were transported back to Africa and settled in what is today Freetown.   Sierra Leone was a British Protectorate until 1896.  The United Methodist Church dates its mission involvement in Sierra Leone to 1855, when Mary and Joseph Gomer, an African American couple, were sent as missionaries by the United Brethren in Christ Church, a predecessor denomination to the UMC.  The Martyrs Memorial Church at Rotifunk testifies to the faith of later missionaries killed in an uprising over British taxes in 1898.

Between 1932 and 1962, Rotifunk Hospital, operated by the Evangelical United Brethren Church (a UMC predecessor denomination), grew from one ward with three beds to a thriving regional mission hospital that included maternity, surgery, pharmacy, general medicine, laboratory, and outpatient clinics.  Missionaries held key leadership roles at the hospital and the neighboring mission school and church.  By the 1960s, Sierra Leoneans had assumed leadership of mission institutions and few missionaries remained.  Civil war, that broke out in the 1990s, destroyed much of the country’s infrastructure:  roads schools, and hospitals, including Rotifunk Hospital. 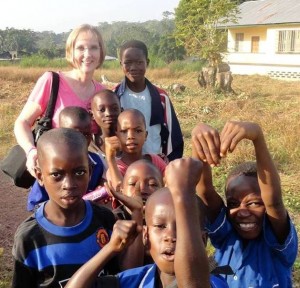 Today, Sierra Leone is one of the most impoverished countries in Africa, with high incidence of maternal and infant deaths, low life expectancy, and lack of potable water.  Restoration of Rotifunk Hospital will help address all of these conditions.

Initial funding to rebuild Rotifunk Hospital was financed by the Norwegian Methodist Church.  Now, Wrightsville UMC and the NC Conference have come along side their sisters and brothers in Christ in Sierra Leone with a five year plan to fully restore hospital operations.  Specific objectives for the Rotifunk Hospital Mission of Hope include building a potable water system for the hospital; cleaning, painting, and repairing buildings; sending medical teams to supplement the indigenous staff; and raising funds to supplement hospital operations.  A dedication ceremony for the reopening of a portion of the hospital is scheduled for May 24, 2014.

For further information about the Rotifunk Hospital Mission of Hope project or to see how you can make a donation for the May 2014 work team, contact Dale Smith at 910-617-0277 or email dulan@ec.rr.com.